SevenCapital is one of the largest and fastest growing, privately owned property groups in the UK with a strong presence in the Midlands. Recently, SevenCapital opened a London division under the leadership of Angus Michie, ex Board Director at Berkeley Group. tdm have had the pleasure of working closely with SevenCapital to make key appointments across their divisions.

SevenCapital had an aggressive expansion plan for their London division and needed to recruit three Land Buyers to work under Angus Michie to source and negotiate land in central London. The brief was to find and recruit the best and most ambitious graduates who had approximately 18 to 24 months of experience in corporate/ plc developers or house building. The instructed brief required us to source candidates who knew what they were doing but equally were still learning and developing their trade.

On paper, this brief appeared to have a simple solution. However, as this was part of the wider SevenCapital business plan to develop their London division, we had to first outline a competitive employee value proposition for the company that would attract ambitious London recruits. We worked closely with Angus, building out a candidate profile, salary and benefits plan as well as agreeing on a clear interview strategy.

We were quickly able to pull a list of potential recent graduates who were already working in similar positions. Our team called and briefed all potential candidates, and from that, we were able to present a long list of relevant CVs and candidate briefs.

Next, we helped facilitate eight interviews, with four candidates taken through to the final stages and two offers of employment accepted. SevenCapital then decided to pause hiring a third Land Buyer for six months to allow the two new team members to settle.

Angus Michie, Managing Director, SevenCapital
“Tom and his team at tdm exceeded expectations and the land team we appointed has been transformational to SevenCapital. We have recruited the 3rd Land Buyer now and this person has also come through tdm. Repeat business says it all.”

Tom Morris, Managing Director, tdm recruitment
“tdm loves working with entrepreneurial and ambitious companies like SevenCapital. To be able to work with industry powerhouses like Angus is a real treat as the jobs and opportunities sell themselves.” 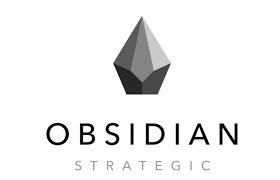 Obsidian Strategic is a strategic development company that specialises in maximising land value throughout the promotion, planning and development process. tdm is proud to have been working collaboratively with Obsidian Strategic for the past five years, helping to recruit a variety of key team members.

We were asked by Obsidian Strategic to successfully source the appointment of a Land Director to be part of their growing senior management team. The Land Director would be an established industry expert, highly knowledgeable in strategic land options, acquisitions and promotion agreements. The Land Director would also be tasked with managing and developing the current land buyers team. The recruitment process was highly confidential and needed complete discretion from tdm.

Due to the discretion needed to recruit for this role, tdm used a non-traditional recruitment strategy. Through an extensive market mapping exercise, we were able to devise a long list of currently operating Land Directors within the strategic land market. We were then able to present our results to Obsidian Strategic and alongside our candidate knowledge, help shortlist 7 initial candidates.

From the initial list of 7, we managed to effectively engage with 4 of the candidates who were then interviewed by Obsidian Strategic. During the interview stages, it became apparent that there was a stand-out candidate who on successful completion of a 2nd interview and presentation with the Chairman and MD, happily accepted the new position. We were then able to help the new hire manage a tricky resignation process and after a 4 months’ notice period, the candidate started with Obsidian Strategic.

Oliver Myerson, Managing Director, Obsidian Strategic
“tdm have a good understanding of Obsidian having placed a number of key team members, including myself, in the business. This was a tough assignment due to the sensitivity and speed of the project and we were delighted with the service and quality of appointment that tdm provided.”

Tom Morris, Managing Director, tdm recruitment
“Obsidian Strategic is a key client for tdm and we understand the culture and values of the business. However, this was a critical hire for the client so a belt and braces approach was undertaken with a detailed market mapping exercise underpinning everything. We are particularly proud of the appointment as it was turned around on a tight timeline and with a very tricky resignation and notice period to navigate.”